Wat Arun Ratchavararam or Temple of the Dawn is a Buddha temple in Bangkok. The temple was constructed during 17th century by King Rama I, the first king of Chakri dynasty and restored later by Rama II and III Kings and named after the Indian God of Dawn "Aruna".

The temple layout consists of a massive tower (prang) measuring around 250 feet high surrounded by four small towers. The main tower is unique in decoration with thousands of pieces of multicolored ceramics and porcelain fragments. 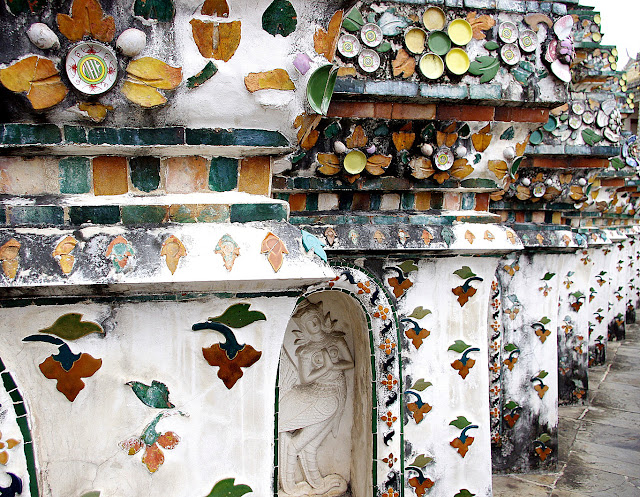 The towers have got many statues of demon. The green one is known as Thotsakan who is nothing but Ravana in Ramayana. 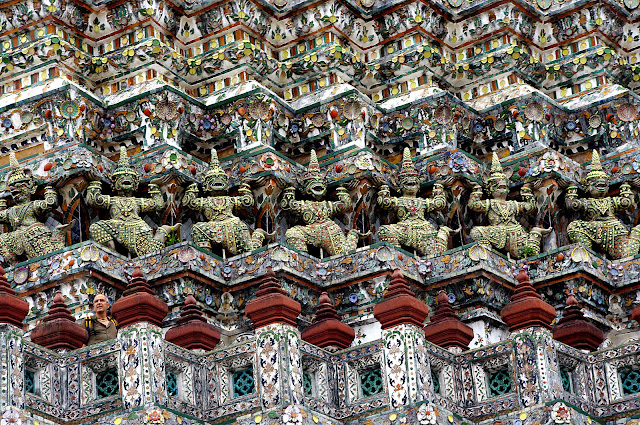 The white one is named Sahassa Deja, measuring 3 to 4 feet tall. 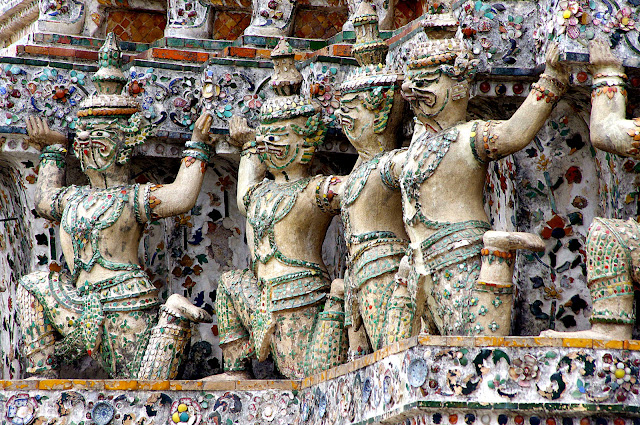 Very steep steps on four sides of the tower leading to the terrace. 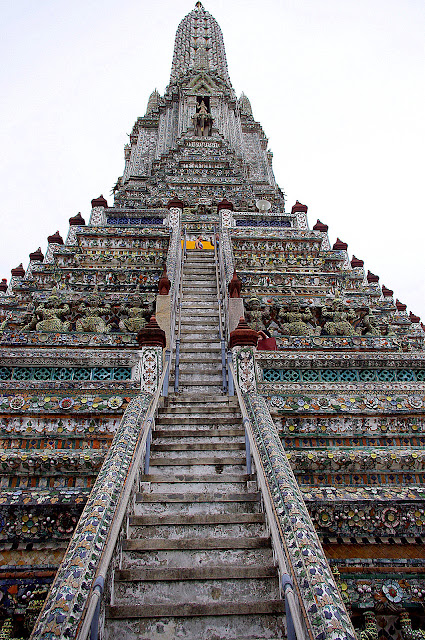 On the terrace there are four statues of the Hindu god Indra facing each direction with his three headed elephant. 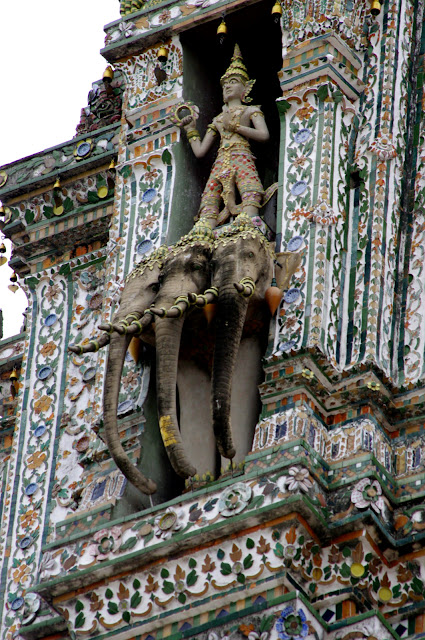 Trident of Shiva at the top of the tower, that is also referred as Trishula/Trisoolam. 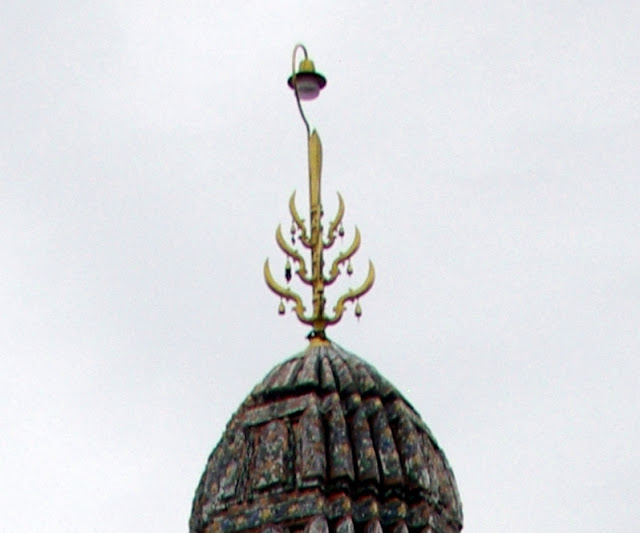